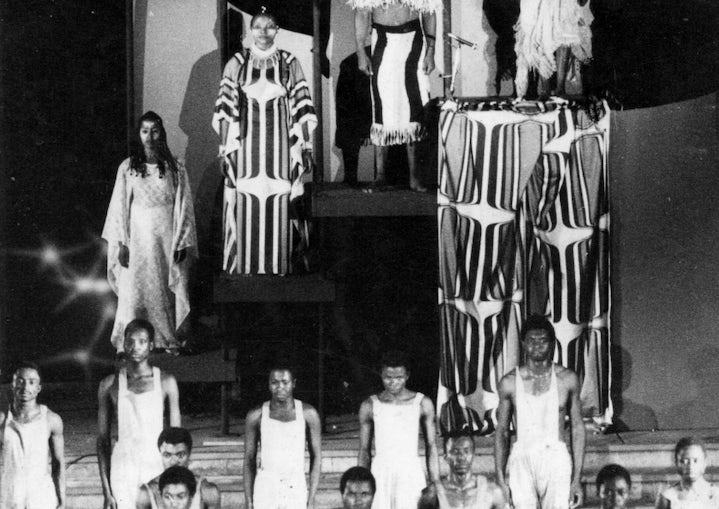 1974, Zaïre. In the Fight of the Century, Muhammad Ali defeated George Foreman. Mobutu Sese Seko founded the National Ballet of Zaire. After gaining their independence, African countries attempted to establish their identities. Ironically enough, they used Western codes to define themselves. What could have been a formidable laboratory for the richness of African dance and music quickly descended into propaganda, and lead to a bitter political struggle across the continent.

Faustin Linyekula has created a production in which he reflects on key moments in the history of theatre. Along with three members of the Congolese National Ballet and actors Papy Maurice Mbwiti and Oscar van Rompay, he explores what the young Congolese state could have become.

• As a dancer, choreographer and theatre director, Faustin Linyekula tackles post-colonial themes, inspired by the cruel legacy of war, terrorism and collapsing economies in his fatherland Congo. Since the 90s, his productions have toured across the globe. Histoire(s) du Théâtre II should have premiered last season but was postponed due to visa problems. The production is part of a series that began with Milo Rau’s celebrated La Reprise.